The funeral service industry is constantly changing. In recent years, for instance, we have seen a notable rise in eco-funerals and woodland burials, and funerals in general tend to be less formal than they once were with many families opting to wear bright colours rather than traditional black clothing. For some, there is shift away from funerals being centred on mourning the death of someone to more of a focus on celebrating their life.

However, there are certain aspects of our industry that are still steeped in tradition, and many of the customs of our trade have been in place for hundreds of years for a reason. What funeral directors wear, for instance, is one such custom rooted in the past. You might have found yourself wondering what some of our customs and practices mean. And where did they come from?

In this post, we will unpack a number of questions we are sometimes asked about funeral traditions and Robert Tripney, our Funeral Services Manager, will share his expertise and insights as someone with over 10 years’ experience in the industry.

‘We only get one chance to do this right for people,’ Robert says, ‘so we do everything we can at Little’s Family Funeral Service to make sure it’s done immaculately each time.’ 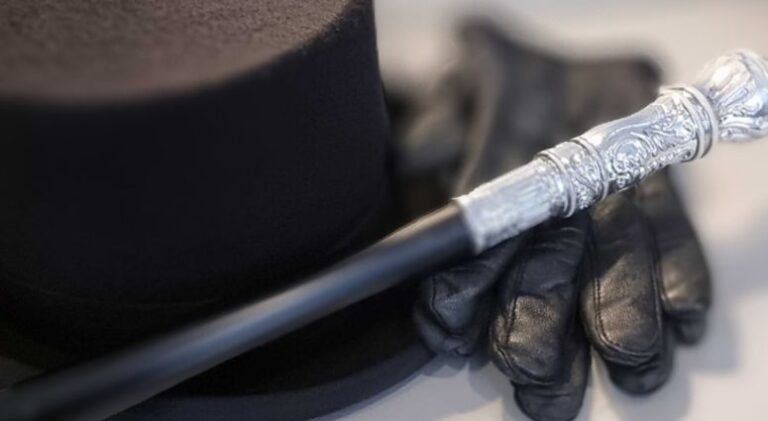 TRADITION #1: WHY DO FUNERAL DIRECTORS WEAR A TOP HAT?

While the funeral industry may have moved on significantly since the Victorian Era, some practices still exist in modern funerals that draw from that time. For instance, our Funeral Directors still wear the traditional outfit of striped trousers and tailcoat jacket when they’re out at a funeral, and they also generally wear (or, in some cases, simply carry) a top hat and cane.

‘Each funeral director’s approach to their hat is different,’ says Robert. ‘I don’t generally wear mine unless I’m sitting in the hearse. But I’ve always got it with me and will hold it when I’m at the family home, outside the church or crematorium, or paging away from the hearse.’

The formality of this outfit is both a mark of respect for the deceased, and it also plays a practical role in making the Funeral Director easily identifiable to the family and other mourners.

‘Every time you put on your tails, and your top hat, and your cane,’ Robert says, ‘you’re almost putting on a costume. You’re assuming a role. It’s all about respecting the solemnity of the occasion.’

TRADITION #2: WHY DO FUNERAL DIRECTORS CARRY A CANE?

Once again, the use of a cane can be traced back to the Victorian Era. In the past, loved ones who had died would often be kept in the family home for a period of time known as ‘the wake’. During this time, the Funeral Director would station somebody outside the house, and this person would generally be standing with a cane. Passers-by would then know that someone in the house had died.

‘It’s possibly just a testament of the times,’ Robert says, ‘as people during those times would have had canes anyway. Not every funeral director uses one, but I’ve been doing funerals for ten years and I would never do a funeral without my cane. It looks very traditional, and I always use it when I am paging the hearse. It looks the part, and also makes the ceremony quite regimented as I’m counting a beat in my head as I walk and every time that I get to four, the cane hits the ground.’

TRADITION #3: WHY DO FUNERAL DIRECTORS “PAGE THE HEARSE”?

Paging essentially means walking in front of the hearse, and this is something that the Funeral Director does before the cortege – that is, the procession of mourners – leaves the family home.

‘Back in the day,’ says Robert, ‘when the funeral procession would be led by a horse and carriage, you could control how fast things moved by “paging” or walking in front.

‘Obviously, things are a bit different nowadays. But the practice of paging the hearse still allows the cortege to all move off at the same time. Rather than the hearse pulling out and all the following cars getting stuck, when approaching traffic sees me walking ahead with the hat and the cane they tend to stop and allow the procession to move off together.’

Like many of the practices in the funeral industry, paging also has a double purpose which is more symbolic.

‘It’s a sign of respect for the deceased,’ Robert adds. ‘This is the last time they’ll leave the house – so rather than everyone just getting into the cars and driving away, we perform this ceremony to mark the occasion.’

Back to News & Views